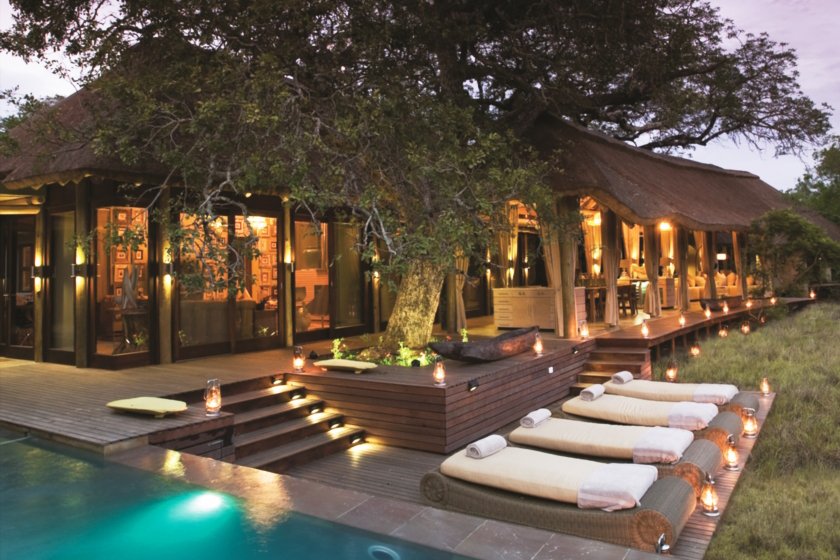 Why we love it

Phinda Homestead is a very stylish yet relaxed retreat in Phinda Private Game Reserve - a 23000 hectare Big 5 game reserve in north-eastern South Africa, famous for its wildlife. This is an area with rich Zulu history and within close proximity to the St Lucia World Heritage Site as well as Umfolozi, the oldest game reserve in Africa. Phinda Private Game Reserve embraces seven distinct habitats including woodland, grassland, wetland and forest, interspersed with mountain ranges, river courses, marshes and pans. It offers great game viewing and highlights are cheetah and tracking rare black rhino on foot. The guiding is some of the best in Africa.

Phinda Homestead stands apart from any other lodges in this huge reserve and has 4 luxurious, spacious suites with original and inspiring decor and sweeping views of the surrounding African bush. There are generous courtyards, ponds and living areas that open up to the landscape with a variety of outdoor seating courtyards and the most enticing infinity pool, from where you can keep an eye on the animal's waterhole. The lounge is like Indiana Jones' study with a fascinating collection of things! The villa has its own ranger, host, tracker, butler, chef and private vehicles.

There are twice daily game drives and visits to the Mduli traditional homestead, walking and exceptional birding with more than 480 species. Its also exciting to walk barefoot amongst the giant trees in the Sand Forest, in search of tiny suni antelope. Phinda Homestead is in close proximity to the iSimangaliso World Heritage Site that includes St Lucia, Hluhluwe and Umfolozi Game Reserves. It's also possible to visit nearby Sodwana Bay, for scuba diving, with approximately 1200 species of fish and some of the most southerly coral reefs in Africa. From the end of November to the middle of January a 45-minute drive from Phinda takes you to the silvery sands where gigantic leatherback and loggerhead turtles make their strenuous way up the beach to lay their eggs on the same beaches where they hatched.

Kids The AndBeyond team have an excellent Wild Child Childrens Program designed to help kids love and interact with their environment, track game and learn more about the bush. It's a great idea to combine a Phinda Homestead visit with a trip to the coast for a bit of snorkelling in the warm waters of the Indian Ocean.

A pioneer in conservation, Phinda’s wilderness was restored to pristine state after reclaiming it from farming in the early 1990s and re-stocking with wildlife. The reserve has earned itself numerous prestigious conservation and ecotourism awards.

Throughout the year, however February is hot and  summer rainfall occurs.

How to get there

There are daily scheduled flights to Richard's Bay from either Johannesburg or Durban, followed by a two hour road transfer to the lodge.